How much of a debt can you hope to erase in debt settlement?

DebtConsolidationCare
By: Phil Bradford on 07 Jan '19 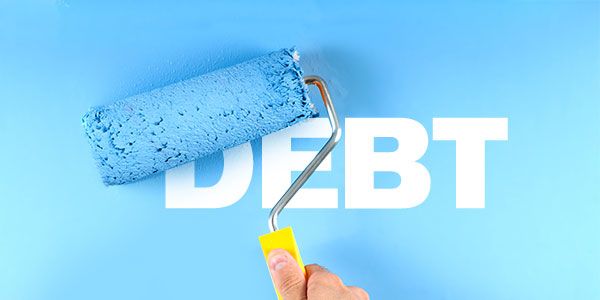 It’s like remembering the teachings of the Sophists in ancient Greece.

They used to teach the civilians how to argue in a public court, how to deliver speeches, and how to win debates with logic and reasons! Their teachings are quite reflected later on by Aristotle in his book “The art of Rhetorics”.

However, you might wonder, why am I telling you all these things, in the middle of all! Well, we are about to discuss a couple of things regarding debt settlement.

We will see how to settle debts, how much debt can be settled, and what percentage of your debts will be forgiven by the creditors, lenders or collection agencies!

And, trust me man!! Dealing with a creditor with the motto of settling debts is all about the art of debate and arguments! It’s evidently the fight of logic and the game of rhetorics!

So, now comes the most frequently asked question regarding debt settlement - “What percentage of your debt can be settled?”

Well, precisely, debt settlement is a case that differs from debtor to debtor and situation to situation!

The first thing that matters is your debts:

The debts that you have will impact the negotiation scene. Not all debts will carry the same power of being settled at a lower amount!

Like for example, if you owe the same amount in credit cards and payday loans, then chances to get a better deal in settlement is higher with payday loans than with credit cards!

Then again settlement doors are closed for secured debts! You can only negotiate on your debts if they are unsecured, or even better if they are consumer debts!

The next big factor is your debt amounts!

Some creditors might do a debt discharge by accepting negligible amount on small debts, while others might be so adamant that they can sue the debtor by any means possible!

But the more is the debt amount, the harder it will become for you to settle!

Don’t forget that each creditor is different:

This is a very tricky part where even the big settlement companies get confused! They say each of the creditors has own norms and conditions!

Remember, it is you who wants the debt to be settled and not them! So, expect them to turn their heads when you first approach with your settlement proposal!

Your approach should be intellectual! The art of negotiation is what changes the whole game!

The creditors will always try to sue you, if you have huge amounts, as they can easily cope up with the court charges and legal costs associated! If they can pull back some $10,000 by suing you, then why not? It’s you who’s at fault by taking out the debt in the first place.

Hence, I would always say that take help of a settlement company if you have big debts, and by no means do the creditors want the debt to be settled!

Your delinquency rate do matters:

I once saw my lawyer friend deal with a case where a consumer/debtor called him to talk about some debts! This guy was from Virginia and he took out a personal loan! The loan amount was somewhere around $20,000 and this man took out the loan just 2 months before he called my friend!

This debtor called and said that he can’t repay the loan! My friend, in turn, tried to approach the creditor and wanted to verify this man’s case, as he sensed something fishy was going on!
The creditor told him that this person took out the loan a couple of months ago, and now he wants to settle it! And that he said is unacceptable! If the person did atleast 5 or 6 on-time payments and went delinquent for 3 to 4 months, then a settlement would have been possible!! But 2 months old debt can never be ready for a settlement deal!

Nevertheless, my friend agreed with the creditor!

So, for a settlement offer, your debt history should be a bit long. New debts are not easily settled. Plus, you should also be delinquent on your payments for at least 3 months. Better if 5 months!

Finally, your settlement offer should be a good deal for both the parties:

The amount you propose to the creditor should be decent enough to accept! It should be a win-win for both the parties!

But, how much will debt collectors settle for? Well it’s difficult to say, and you must let the lawyers and settlement companies do the job for you!

A collection agency is the last resort for any creditor who wants to pull back the debts! So except things to go real messy with collection agencies!
And, if you ask me how much debts can be settled, then all I can say is the answer is not specific! Evaluate all the points discussed in this topic, and have a detailed talk with your creditors!
Moreover, for better results, always start to settle the debts from 40%! Probably then will the creditor agree to settle it for 50%-60%. That is, you have to pay 50%-60% of what you owe.

With proper help you can
Get FREE debt counseling and assistance
Get Debt Relief Now
How much debt consolidation
can save you
Recent Posts
What are the best financial tips for a h...
6 Most effective strategies to achieve 8...
What you need to know about credit card ...
What is a personal finance statement and...
How to get your desired financial figure...
Copyright © 2018  DebtConsolidationCare Official Blog