Being harrassed by National Principle Group

I got called into my supervisor's office today about a message left by a Lydia Burke with National Principle Group concerning a very important legal matter. It was very humiliating, especially since I had no idea what it was in regards to.

The number they left was 1-877-628-1198. I googled for more information, but nothing came up on them. So I called only to get the run around and very rude treatment. The only thing they would tell me was that it was concerning an outstanding loan with CashnetUsa and verified my address. They asked me if I had received any papers from them and I told them I had not. I asked for them to no longer call me at work, my cell or refererences and also asked for their contact information which they refused to give to me. When I asked them to longer contact me and to only contact me via mail, the guy got very rude with me and told me to quit talking as I was only getting myself into more trouble.

I then got a call from a friend telling me that she had received a similar message as my supervisor. So I called a lawyer who had been referred to who gave me some advice. He said that many of these companies are fly by night and are overseas and change their numbers so it's very difficult to file a lawsuit against them. He recommended that I contact the Texas State Attorney General and the FTC.

Not long after I spoke with my lawyer, I then received a very rude message from a local number where a woman was talking in a very loud tone about how this was legal matter and it was of an urgent nature that I contact them immediately in their legal claims department.

I then contacted Cashnet USA to find out more information about which third party collection agency they had sold my loan to and was told National Credit Adujustors. I explained to them what had happened and they warned me that it sounded like a scam to get my money and transferred me to their compliance office where I was on hold for 20 minutes and was only able to leave a message.

I then called NCA who told me the loan was sold to Chabet Portfolio Management. So I called them and was only able to leave a message.

I am so frustrated and humiliated for these people to treat me like this. I have searched all over the Internet and cannot find any information on this company, National Principle Group.

This sounds like a scam. Next time they call ask for something in writing and hang up.

your lawyer friend was right it is a scam that really has no real info,and will not send you a thing.they rely on "scare tactics"to get money.tell your boss this was a scamming bitch,and tell anyone else called by them the same thing.i persnally wouldn't talk to her further.ignore,or if you get caught on the phone hang up without a word.they are just looking to harrass and argue.don't give it to them.btw cashnet has a habit of selling debt to bottomfeeders so they are sorry,but just as accountable for the harrassment as the bottomfeeders.

So after dealing with these jerks several times last week and telling them to cease & desist calling me and to only communicate with me via mail (they did verify they have my address), they called my work again and asked to speak to the HR dept. regarding a claim/mediation issue so my receptionist transfers it to my supervisor. It's the same woman, Lydia Burke who calls and then they leave a message indicating that they have a claim pending on me. So sick of these people. I filed a complaint against them with the Attorney General & the FTC and have also contacted a lawyer. I don't know what else to do to get these vultures off of my back.

I don't think there is much else you can do. Again, let your supervisor and HR department know that they are scammers and that you have filed a report. 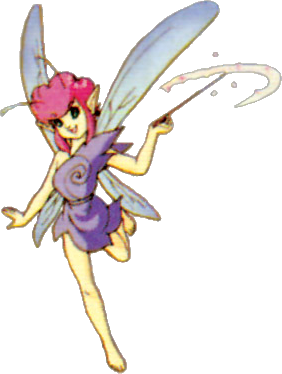 I posted in another thread section about being abused by NPG. They have called my work twice and left a message with my supervisor leaving the name of their company as National Principle Group, contact person is Lydia Burke and number is 877-628-1198[URL="http://www.debtconsolidationcare.com/forums/#"][/URL] (the second call was after I had told them to cease & desist and that I wasn't allowed to receive calls of this nature at work). They have also called me and a reference who is a friend of mine and left messages indicating they have a claim against me and that they need to speak with me. I called them and orally told them to cease & desist calling my work, references & myself and was told to quit talking, that I was only getting myself into more trouble. When they call me at work, it comes up as a private number and when they call me on my cell it comes up as a local number.

I requested their location and they refused to give it to me and I cannot find anything on the Internet about them or this number. I have filed a complaint with the FTC & the Texas Attorney General's office. I am also contacting an attorney to see what my legal recourse is. I'm just so sick of these vultures harrassing me.

I also have a dispute over the original loan with CashnetUSA because when I look at my account history it shows I got two loans with them between Jan. 2010 and Feb. 2010, which I never applied for. So I'm not sure how they can show me getting two loans back to back.

It's so messed up & I don't even know where to turn.