Has anyone ever dealt with Orions Management Group LLC? They popped up on my credit report in the fall for a unpaid credit card balance. Took awhile to track down the proper contact information as I never received anything in the mail. Once I did, I asked for debt validation. They sent me a letter and what looks like ALL of the statements for the life span when said credit card was active. I set up payment arrangements & thus far have made about 3 payments each in the amount of $51.50 towards my balance of about $440.

On Friday I was unexpectedly laid off my job. To say these past several days have been a blur would be an understatement. Yesterday I sent an email to my rep at Orions to request a pause in the payment plan while I figure out my unemployment and such. After receiving a non helpful response twice I called in and spoke to my rep. He was EXTREMELY rude to me...I can't even process it... he refused to put me on the phone with a manager or someone higher than him. He even began to degrade me as person by making comments about how I had to have a payment plan for such a small balance, how around the holidays I wanted to see if there was any way to skip a payment (there wasn't) and then went on to say that I am only 3 months into it and now I'm stating unemployment. I expressed to him how stressed and frustrated I was in general and that I did not need his attitude, nor did I plan on not being able to make my payments. Long story short, before he rudely hung up the phone - so unprofessional- he said I would need a letter or proof of lay off from my employer. I don't know why he did not tell me this via email initially. I told him I could get a letter as soon as I was able to get in contact with my boss, but it might take a day or two and that I would not receive my last paystub until tomorrow, when the payment is to be pulled from my account. He still would not stop the payment or cancel the payment plan saying it was out of his hands and that the documents I send in need to be reviewed first. I don't know what to do.

Any input would be graciously appreciated.

How did you authorize payment - credit/debit card or ACH - both can be stopped - if credit/debit card - cancel card - If ACH send them something in writing stating revoking ACH authorization and fax to them or email if can. 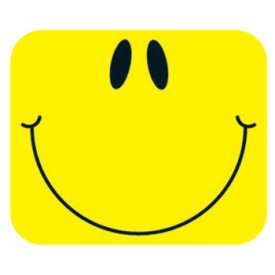 The payment set for the 15th was taken from my bank account - My old co-worker, who is also the office manager, was nice enough to fax over a letter to confirm my lay out to the company. This canceled the payment plan, thankfully. I know my debts are my debts, but I'm also pretty sure creditors and debt collectors can only allow you to pay what you're able to pay, when you can - I still need a roof over my head and food on my tbale!