How my friend managed to repay about $15,000 debt in less than 2 years

Hi,
Thought of sharing this inspiring story with you.

My friend Jeyta was struggling with her credit card debts. She used her credit cards every now and then and didn’t pay much heed to pay them off. So, the day she found out that she’s landed into debt problems, it was already $15,000, which she had to pay off.
I was with her when she was struggling to repay debt. So, I thought of narrating it so that if you’re facing the problem, it could be some help to you.

She decided to pay it off herself.

She opened an Excel doc and listed her debts with specific information. Next she tried to plan a budget so that she can save a substantial amount . What she did was set aside that amount from her paycheck and managed her necessities with the remaining amount. After making the minimum payments in 5 of her credit cards, she selected 1 account to repay first. The first one was the one with the highest interest rate, 18%. The next one was a debt with relatively small outstanding balance, $2500.

When she was paying back debts, i found that sometimes she lacked motivation, that is why we friends were for. We didn;t entice her to go shopping; instead, we opted a healthy habit. We used to go walking and running almost every morning. Also, we took cycling when the weather was good.

So, isn’t her story inspiring? We can repay debt if we set it as a goal…

Absolutely! Your friend's story can be a great inspiring story for people who are dealing with debt troubles and trying to get out of it. Also as a friend, you did a fantastic job by encouraging your friend. Yes, trying to pay off the highest interest rate debt is tough since you can't get the result soon. It takes time to pay off the debt. Trying to get rid of the highest interest rate debt by making the extra amount is crucial because it costs you more money with time. Lastly, your friend should try to pay the bills in full and within the time to improve the credit health.

Great job!!! A big congratulations to her!!! Will share this inspiring story with all my friends. Just tell her to manage her credit utilization ratio properly. It should be low. How much is her credit score right now? 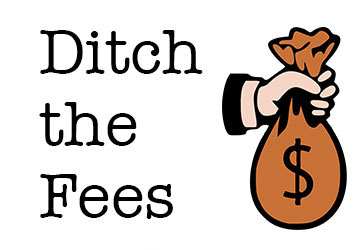 Well done! A big congrats to your friend. It's truly an inspiring story. It proves that we can achieve anything we want to. We should conquer 'debt' instead of it conquering us. We need to incur debt only that much which we can manage.
Motivation' is what we need when we have to wait for sometime to get the result. While dealing with debt, we can't hope to see the result soon.
This is what this community is for. We feel motivated by these success stories.

Thanks for sharing. It shows that we can achieve a lot of things if we make our mind to do that.
Will love to know about more such inspiring real-life debt free stories.

That's what I call a balanced financial life!! What a smart way she handled her debts and also working on to build a good credit score. I would like to wish her best of luck for the good work she is doing. I would like to suggest one more thing, ask her to use the available credit balances as low as possible. It will also help her to manage credit utilization ratio.