Right from the day I heard about the Economic Stimulus Plan of President Obama, a question was popping up in my mind – is it going to help Americans? How? 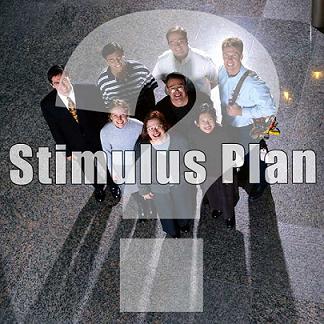 Economic stimulus - what is it? Is it necessary?

According to Congressional Budget Office,

During economic recessions, it has been observed, that people don’t have the money to buy goods and services. If they don’t buy then demand for these products fall. Thus supply of goods and services, already produced, increases in relation to demand leading to excess supply. From the demand-supply theory of economics we know that price falls when there is excess supply of goods and services in the market. In this situation corporations make less profit. Thus, they resort to cost-curtailment through layoff of workers leading to less money in the hands of common people.

In this abnormal market situation, the only thing that can save the economy is to boost up demand. It means, give more money to people so that they can spend it to buy necessities and luxuries. Once they buy, demand for goods and services increase. Corporations try to produce more such items to meet demand. More and more workers get employed and thus they get more money in their hands to spend. Hence, the market expands. The only way through which this can be done is through economic stimulus plan.

Obama Economic Stimulus Plan – how can it help you?
Senate has approved an economic stimulus of $789 billion which is expected to generate demand in our economy to bring it back to normality. Here are some points that can help us to improve our lives.

Taxes – how can it help you?

Poor – how are they going to benefit from Stimulus Plan?
It has been estimated that more than 37 million Americans are reeling under poverty. So, it required immediate action so that these poor people don’t slide down further to economic distress.

Keeping this aspect in mind some of the points included in this stimulus plan are:

Health Insurance benefits mentioned in Stimulus Plan of Obama
Many of us are going through the trauma of job loss. As we lose job, we lose our health insurance too. Under the COBRA program, workers who lose their jobs in large and medium companies continue their health insurance coverage for 18 months. But it becomes really tough for these people (who just lost their job) to manage finances because their monthly premium often crosses $1000. In order to give them relief, Obama’s Economic Stimulus has planned to contribute 65% of the total premium cost for the first 9 months. This relief package can be availed by those who were/are going to be laid off by their companies between September 2008 and December 2009. Here I want to mention that workers laid off by the small companies, having less than 20 workers, are not eligible for this relief. I didn’t like this one.
Higher Education in Economic Stimulus Plan – how can it help students?
Obama Economic Stimulus Plan is going to spend $32 billion on higher education.

Students belonging to lowest income group used to receive a maximum of $4,731 for attending college through Pell Grant. Economic Stimulus Plan has raised it to $5,350 effective from July 1 and will become $5,550 in 2010-2011. This would help the students in paying average expenditure of 3 quarters of the of a 4-year college. 800,000 students will get this Pell funding.

Concern But according to economists, Obama's stimulus package is not enough. According to Paul Krugman, 2008 Noble Laureate in Economics, Obama’s Economic Stimulus is much less than the actual fiscal stimulus required in jump-starting the economy. Only tax breaks will not create much demand in the economy. Creation of more and more jobs are necessary to bring back the US economy to normality.