It is difficult to give up an addiction. At least, the American people have proved it once again. According to a recent survey, it has been found that the American citizens have started borrowing on their credit cards heavily. The total consumer credit card debt accrued in the second quarter of the year 2011 is around $18.4 billion, which is indeed an astounding figure. 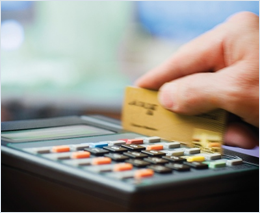 The credit card debt has actually decreased in the previous quarter just like in 2010. However, an increase in the debt amount has been observed in the in the second quarter of 2010. It seems that a similar trend will also prevail in this year.

Financial experts are busy in analyzing the reasons behind the increase in the credit card debt in this year. The experts believe that the consumers have started using the credit cards as they used to do before recession. The financial experts fear that if the consumers don't control or change their spending habits, then country may face another recession or economic downturn.

Some possible reasons behind the rapid rise in the consumer credit card debt amount in the second quarter of 2011 are given below:

Young graduates are able to get jobs at the present economic condition. They have become financially confident and are using credit cards without any fear.

Consumers should focus on decreasing their debt burden and not on increasing it. Some of the consumers are acquiring new debt just after becoming debt free through a debt relief program. This is not at all a good sign for the economy of the nation which has just recovered from debt ceiling controversy.

Consumers need to understand the fact that they can't continue to practice the habits, which has lead them to financial troubles in the past. They need to maintain a decent credit score and income to lead a comfortable life without inviting financial problems. A good to strategy will be to make purchases through cash and using the credit cards only for the emergency expenses. Most importantly, the consumers should spend according to their financial means.