Consumers are facing problems in paying their credit card bills. The latest reports of the country's leading credit card companies have revealed this fact. The reports reveal that the credit card late payments have surged in the month of September 2011. This has happened for the first time since February 2009. 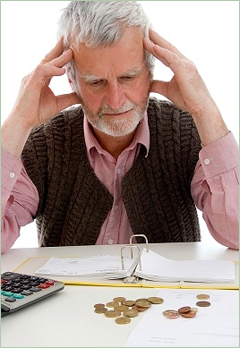 The leading credit card companies have reported that there has been a small rise in the number of people paying their credit bills 30 days late. There can be 2 possible reasons why the credit card late payments have increased in the month of September.

The officials of the Capital One have reported that the credit card late payments rate has touched 3.65% in the month of September. The delinquency rates for the month of July and August were 3.37% and 3.43% respectively.

There was a steady decline in the delinquency rate throughout the year 2010. However, the delinquency rate has started to increase post May 2011. The only encouraging news is that the charge-off rate for the Capital One's international credit cards has dropped from 6.21% to 5.65% in the month of September.

Though there has been only a marginal increase in the credit card late payments, yet the financial experts are not taking this lightly. They are of the opinion that this can be an indicator of future potential defaults. There is a great probability that more people will get behind their payments in the coming months as the government has still not been able to bring down the unemployment rate from 9.1%. Moreover, with another recession looming in the country, the financial situation of the consumers is less likely to improve. So, this means that the delinquency rate may not decline in future.

It is said that the banks and financial institutions are less likely to suffer even if the delinquency rates increase in the future. The factors that may lessen the financial impact on the credit card companies are given below:

1. Less number of people are using credit cards these days:

Several consumers have stopped using credit cards after the country faced economic downturn in the year 2007. According to the 3 major credit reporting agencies, nearly 8 million people have left the credit card industry in the year 2010. Some have closed their credit accounts out of their own will. Others have been compelled by the credit card companies to terminate their accounts.

Therefore, even if the consumers are able to make payments on their credit card bills, then also the banks and financial institutions don't have much to lose. Their financial health is less likely to deteriorate in such circumstances.