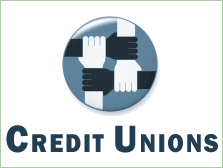 It is true that the popularity of the credit unions have increased during the last 12-15 months. However, this new popularity has also brought into light some of the common false beliefs regarding credit unions. Here are some of most common credit union myths which people should be aware of:

1.The services of the credit unions are not great:

Credit unions could not offer a wide range of services to the people in the past. This is mainly because credit unions were run on a tight budget. They were primarily managed by the volunteers who couldn't devote long hours to the credit unions.

Credit unions primary offered few basic services such as loans, deposits, withdrawals, etc. However, circumstances have changed now. Credit unions are now offering services at par with the leading banks in the country. They are offering the following things to the people:

2. Credit unions are helpful for the local banking purposes only:

3. Your savings won't be FDIC insured:

It is not completely false. Unlike banks, your savings in the credit unions will not be insured by FDIC. However, this does not imply that your savings in the credit unions are not safe and secure. Your deposits are still federally insured through the National Credit Union Administration. So, your money is in safe hands. You can deposit your hard earned dollars without any fear of losing them.

4. Workers of certain companies can become members of credit unions:

It was true during the early years of credit unions. During those times, credit unions didn't have large membership base. Only a few thousand people were members of the credit unions. As such, it was quite possible that these people worked at the same company or belonged to a same club.

However, such restrictions (if they really existed) have slowly been relaxed with the passage of time. Nowadays, credit unions are welcoming inhabitants of a certain locality to become the members. This implies that almost all American citizens are eligible to join credit unions from different parts of the country.

Another popular myth surrounding credit union is that you'll have to pay a fee for becoming a member. Well, this is not exactly true. You may have to purchase a share while creating a new account in a credit union. The price value of this share ranges between $5 and $25. Once you purchase this share, you become entitled to all the benefits enjoyed by a credit union member. Moreover, you'll also be paid an interest at par with the bank savings account. You'll have to maintain this balance as long as you're associated with the credit union. When you decide to close your account, you'll get the full refund from the credit union.